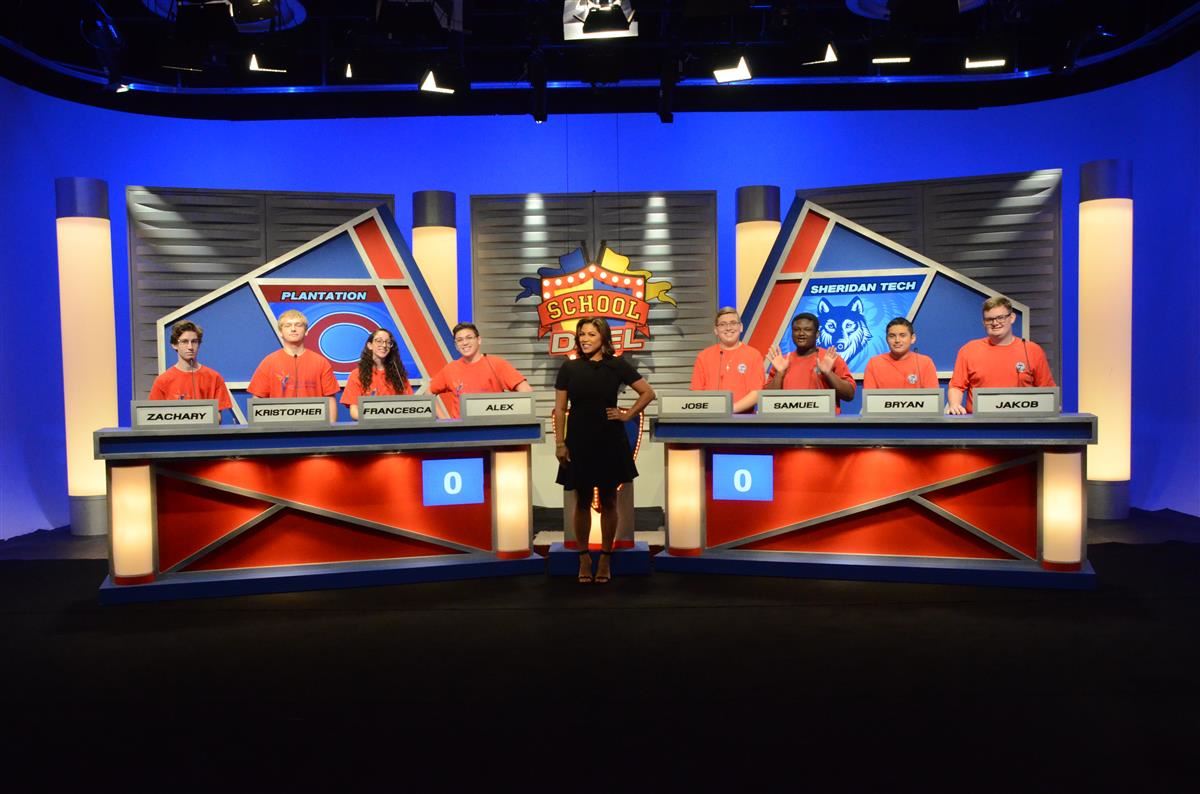 School Duel is an exciting academic quiz show, designed to reward and highlight intellectual student talent in South Florida's high schools, and serve as a positive educational tool for students and teachers.

The 19-show series features four-person teams competing in a single elimination tournament to determine the School Duel champion. To participate, 67 high schools in the area competed in an online test and the top 20 schools made it to the televised rounds. In addition to the 10 BCPS high schools, five high schools from Miami-Dade County Public Schools and five from the School District of Palm Beach County are also participating in this year’s competition.

The players on the winning and runner-up teams each receive prizes from sponsors, including a $1,000 check for each student on the winning team courtesy of BrightStar Credit Union and Chick-Fil-A South Florida, a $200 check for each student runner-up courtesy of Publix Supermarkets, and a championship trophy from EDCO Awards and Specialties. The winning school also receives a School Duel trophy.

School Duel airs at 8 p.m. every Thursday, starting today, January 23 on BECON-TV, through the show’s championship game on May 30. Each week’s episode is rebroadcasted at 10 a.m. on Saturday and Sunday.

“Committed to educating all students to reach their highest potential.”

Broward County Public Schools (BCPS) is the sixth-largest school district in the nation and the second-largest in the state of Florida. BCPS is Florida’s first fully accredited school system since 1962. BCPS has nearly 270,000 students and approximately 175,000 adult students in 241schools, centers and technical colleges, and 89 charter schools. BCPS serves a diverse student population, with students representing 204 different countries and 191 different languages. To connect with BCPS, visit browardschools.com, follow us on Twitter @browardschools, on Facebook at facebook.com/browardschools.com and download the free BCPS mobile app.